After conquering the indestructible box and charging the N900 I decided to have a quick play. I watched the getting started video which I found to be both beautifully smooth, showing off the high definition of the N900 screen immediately, and somewhat slow content-wise.

The N900 is similar in width and height to the iPhone but is much greater in depth at 1.8cm - just a millimetre deeper than the G1. This is not surprising due to it’s hard keyboard and more advanced hardware.

The first thing that struck me about the N900 (other than how high definition the hands were in the famous Nokia splash video!) was how much force it required to press on the screen. The iPhone (my current primary phone because I develop iPhone fitness apps) only requires the lightest of touches; whilst the Android G1 (my wife’s phone) requires a bit more. I later discovered the reason for this heavier interface was probably the stylus (which I discovered accidentally while interrogating the outside of the device), which is great to use - reminds me of my old iPaqs only much much higher resolution and more responsive! I noticed that every time I touched the screen firmly enough the phone would do a very small vibration in the way of haptic feedback. This would be good if it weren’t for the fact that it does it every time, and not only the times when your touch actually triggers an action (opening a menu, etc) - this is becoming more annoying than useful. Because of the devices HD screen I found it quite hard to be exact with my touches (my thumbs must be almost 200 pixels wide on that screen!) though the interface deals with this well by using large touch areas. After failing at playing Marbles (a pre-installed game with small touch areas) for a minute or so I quickly learned where the device thought my presses were and the device became even easier to use. (Sure this would have been much easier with a stylus but I hadn’t discovered that yet!) The web browser is a pleasure to use, though it appears to support in page Flash which I personally hate - especially on a small screen mobile device. I went to YouTube to see how it handles and “very well” was the answer. The device supports the double tap to zoom in to a region of text paradigm of Safari on the iPhone though it obviously lacks the multi-touch pinch and zoom.

Pressing play on a YouTube video, I wished to turn the volume up and so I pressed the volume rocker on the outside of the phone. This surprisingly zoomed the web page (very smoothly!) but not the volume - a useful feature but definitely not what I had expected. I attempted to change the volume using the YouTube Flash control but could not drag the slider up as my fingers were too fat and dragging scrolled the page. (I hadn’t discovered the stylus at this time but have since attempted with they stylus with the same result.) To change the volume I had to click the web page, click the “toggle fullscreen” button at the bottom right, the status icons at the top and then drag the volume slider. Not too hard, but certainly more effort than just using the volume rocker - the video would play on a good few seconds more before you can change the volume and get back to it. Perhaps there’s a better way of doing it, but this is a “first impressions” post so I feel I should stick to first impressions! One very cool feature of the N900 is how blazingly fast the screen lock/unlock is. There’s a sprung switch on the right side of the phone which when you flick it will lock or unlock the screen seemingly instantly (no slider here!). If you prefer the iPhone style slider then you can press the power button at the top of the phone and use the slider there, though I much prefer the flick button on the side. 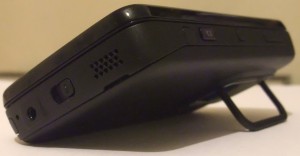 I like the stand on the back of the phone - this would be immensely useful when you’re trying to watch a film on the train on the way back from London (rather than constructing a stand with your backpack, wallet and other accessories like I do for my iPhone…). The stand is fairly sturdy and definitely supports the phone well, though it does rock a bit when you use the stylus at the top right of the screen (not really the stands intention to be fair!). I know virtually nothing about photography, but to me the camera seems to be a decent quality 5MP phone camera with a fairly decent flash. Coming from a 3MP iPhone with no flash the difference is astounding. The N900’s sheer performance is very visible here - as you move the phone around you can clearly see the surroundings - there is no massive blurring like when you wobble the iPhone’s camera. The photos themselves come out quite well, though there is still minor blurring due to handshake - but no where near the magnitude of the blurring on the iPhone. I bet a “bar code scanner” application on the N900 would be far faster and more accurate than any I have used on the iPhone or Android! 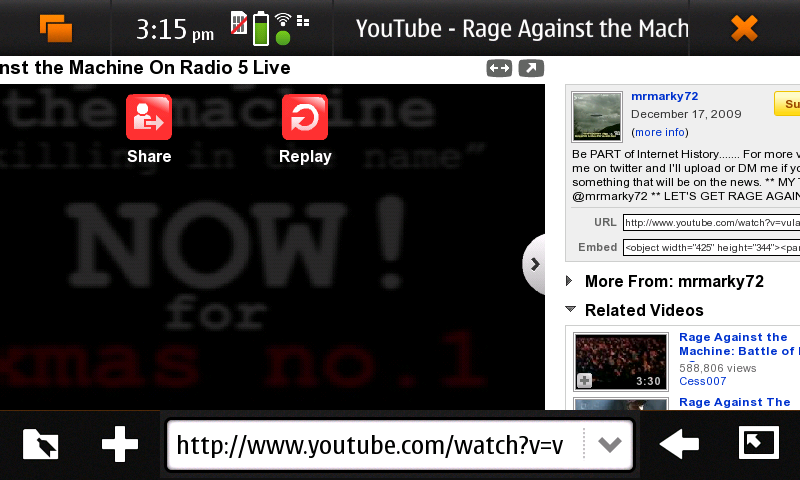 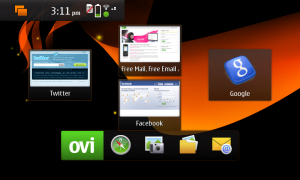 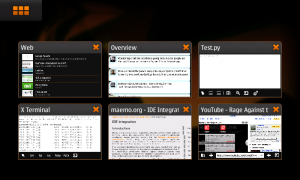 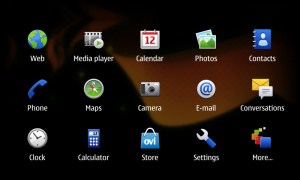 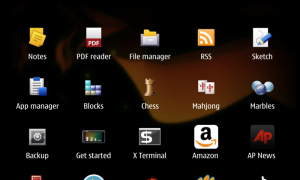 Opening applications could do with some work - the menu first opens and shows you 15 icons (standard icons like Contacts, Phone, Web, Email, Conversations), with a More button at the bottom right. Pressing More is how you get to your other apps - games, utilities, etc. Unfortunately these apps appear ordered by the time they were installed and not separated into folders, and there is no obviously intuitive way to organise them. In fact I have yet to find out how to organise them through exploring the device - I will search the internet later. 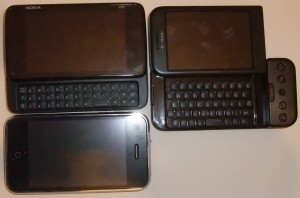 That’s the end of my first impressions… When I discovered the X Terminal application I got immediately a lot more excited as I am by nature a hacker. Read on…