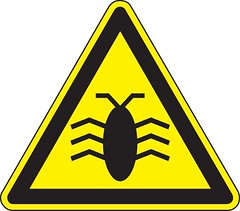 I’ve just updated MythPyWii to handle the connection to Mythfrontend more smoothly, and to give feedback via the wiimote on error/disconnect. (i.e. if myth closes, the wiimote shakes, and the LED pattern changes to [ . # # . ] instead of [ # . . # ] just before the wiimote turns itself off). This means if there are issues connecting to Mythfrontend you can retry again simply by pressing 1&2 once more (fix any issues first though - e.g. closed mythfrontend/no remote interface enabled).

I’ve fixed a little bug with timestretching, and have also improved the timestretch responsiveness by emulating not just the left/right keys but also the up/down keys (which increase/decrease timestretch by 0.25 instead of just 0.05).

As always, download the latest version of MythPyWii here.

Ah hah, an update to Zemanta has just been released! Integration with Facebook and Flickr, eh? I best sign up for a Flickr account then, I suppose… Argh! They seem to have broken images with my theme - I fixed it by adding this CSS to my theme (copied from firebug):